Elections, What Else Is There?! 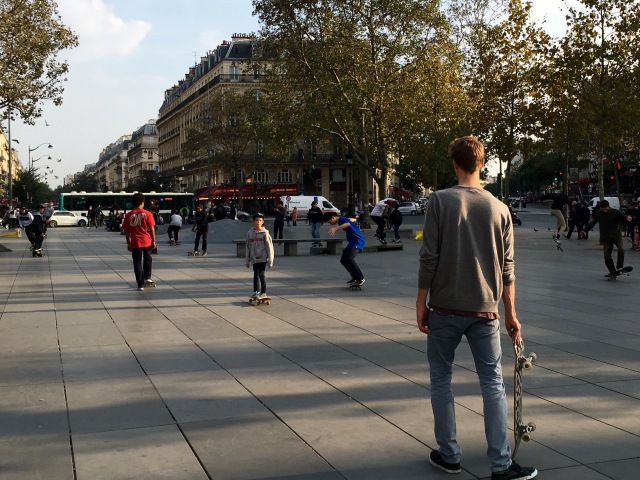 Old-enough readers will no doubt recall the Seven Dwarfs show – the Democratic primary debates that first revealed to the nation the charm and intelligence of a heretofore unknown named Bill Clinton. Last Thursday, France held its own debate of seven presidential candidates. Les Republicains (the conservative party formerly known as the UMP) are hoping to win by a landslide – or at least to win – next May. The six men and one woman gripping their podiums were by no yardstick dwarfs! Their two-hour debate was mostly civil, and focused on policy. Not shocking or pulse-racing; rather, a how-to lesson in leadership as compared to the below-the-belt grappling between Donald and Hillary, who in two grotesque clashes have offered only calorie free soundbites regarding the crucial problems facing the States. Hillary Clinton has one chance left to rise above… France and the world are holding collective breath.

For the diehard wonks, and to spark ‘healthy discussion’, here are my seven cents on the main LR candidates, roughly in descending order of their popularity in the polls:

Alain Juppé, the front-runner: Old guy. Laid back. Been around forever. The candidate of national reconciliation. The problem with that is: more of the same old? No guts to reform? Fifteen years of do-nothing presidents have gotten France into the economic swamp in which she flounders now.

Nicholas Sarkozy: Snorting war horse. Strategy is to veer sharp right in order to pull voters to the LR and away from the radical right Front National of Marine Le Pen. He has a mostly sound platform. But M. BlingBling already had his chance at meaningful reform for five years, and didn’t take it.

Francois Fillon: Was Sarkozy’s P.M. Kicked around by same, stayed loyal to the job. Super serious, smart, hard-working, has best and most detailed program. Alas, he is close to the conservative family-values movement ‘La Manif pour Tous’, in opposing, e.g., adoption by gay couples. Still, to PdV he is overall the most qualified and promising candidate. But despite being a George Clooney lookalike, FF resolutely lacks charisma.

Natalie Kosciusko-Morizet (aka NKM): graduate of the top school, ENA, quite sure of herself, seasoned in government under Sarkozy, full of fire for her program of ‘radical change.’ Yay! Alas, she missed Ec 101, her main platform plank being a flat tax.

The remainders are: Copé and Poisson.

Assez de la politique! And enough of the present, back to the past. Next post, coming soon: the rich array of historical plays burning up the boards right now in Paris.

(Oh—but wait; there are the other formidable candidates, left and center…)

← On Rainer Maria Rilke, William Gass, Stumbling Across My Younger Self, and the Pleasures and Perils of Translating Poetry
Be Careful What You Envy →